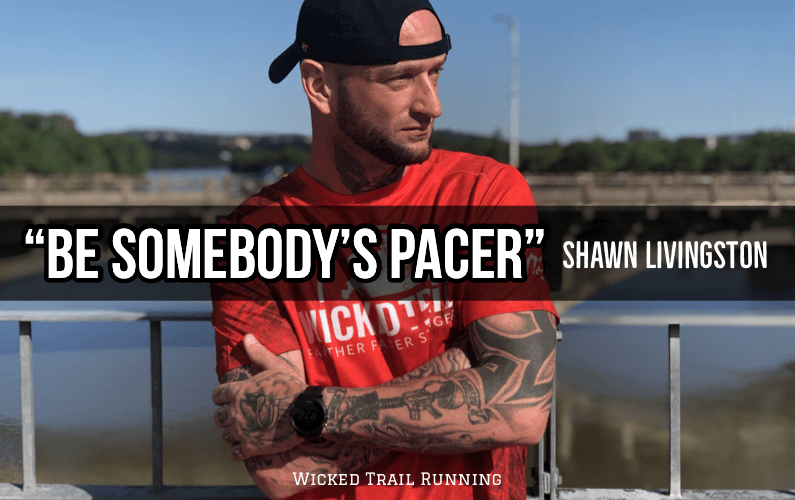 100 Miles to Redemption | Trailer from Pipeline Films on Vimeo.

“He’s a lazy, lying, lost, hopeless drug addict,” Shawn Livingston says, reflecting on the colors with which he painted his adulthood. It started as the life of a partier, just an addiction to a good time.

Did you make it to work today?

Do you have gas in your car?

When he tried to get off pain medications, prescribed for his hurt back, “It woke up The Monster.”

The Monster fed on pain pills and when those became too expensive, heroin.

His family turned their backs which, Shawn says, they had every right to do. The Monster wrapped its gnarled hand around Shawn and wedged itself between he and those who once looked up to him as a proud member of the Armed Forces.

Hopeless, and without purpose, Shawn racked up four felonies and a DWI.

The fourth felony, the one that nearly landed Shawn 15 years in prison, saved his life.

My first visit with Shawn in Austin, Texas, I asked him about his knuckle tattoos.

“They’re a little aggressive,” he jokes.

His knuckle tattoos read ‘Stay True,’ a phrase as deep as it is obvious. Shawn inked ‘Stay True’ into his knuckles shortly before the crushing blow of that 15 year sentence.

His lawyer looked at him that afternoon and said, hollowly, “What do you want me to do? They got you.”

Shawn had one request, one dying wish, before spending 15 years behind bars. He’d be almost 50 years old before he was a free man.

“Let me get clean before I go.”

Shawn’s family had been replaced by The Monster, and he wanted them back. If he could get clean before going away, he’d have someone to write him letters. Without his family’s love, Shawn knew he would waste away behind bars.

“Why did you get that tatted on your knuckles?”

Shawn explained that Stay True is a testament to the loss he incurred in addiction. He lost a huge part of his young adult life and would never get it back. Stay True is a reminder, for him, that every day will be a test of his resolve, his recovery and health. He has to Stay True to the kid, the young man who joined the military, who had dreams and goals and love and passion; he had to rediscover his best and commit to living as that person.

The alternative was mental deterioration and death at the hands of prescribed and illegal drug abuse.

Ultra marathon running (Shawn has finished multiple ultra marathons up to 100 miles) and working with others gave Shawn a front-row seat at his own transcendence of the person addiction created. He returned to the truth of who he is, who we are all called to be, in adventure and experience.

We are all called to Stay True to that person, our best, the one free in adventure and experience.

In staying true to the truth of who he is in adventure, challenge, and experience, Shawn transcended the person addiction created.

In working with others, those trapped behind the same bars of alcoholism and drug abuse that once imprisoned Shawn, he found his purpose.

It’s a purpose every single person, endurance athlete and otherwise, can grasp and use to change his or her life.

In the late hours of an ultra marathon, a pacer can change a person’s race.

It’s a shot of espresso: Conversation, shared miles, and a friend to keep the runner’s compass pointing toward the finish line.

A good pacer can be the difference between belt buckle and DNF.

At Shawn’s first 100 mile race, the Pinhoti 100, he realized the gravity of that friendly voice in the darkness. A fellow runner became his pacer, a lighthouse that steered his mind from negativity and pain toward “I am not alone in these!”

That’s when it hit Shawn.

He needed a pacer to show him a healthy path out of addiction.

He needed a pacer that night in Alabama, when negativity and pain crept into his exhausted mind.

And now, coming from the pit of hopelessness that is addiction and conquering his Wicked Trail at Pinhoti 100, Shawn has committed himself to Be Somebody’s Pacer in living as a symbol of hope for at-risk youth and men in the same treatment facility where he recovered his health.

Shawn, in telling and continuing to live his story of perseverance through challenge, reminds these young people and recovering addicts that people have sat in those chairs and risen to confront adversity and hopelessness.

Others, like Shawn, tattooed with a record of self-neglect and a forgotten truth, who now smile and laugh and breathe deeply, thankful for life and blue skies.

And, of course, rugged trails.

At the finish line of the 2019 Texas Switchback Trail Marathon outside Austin, I stood with Shawn and watched as multiple men who, upon close inspection, appeared out of place at an athletic event, came and embraced Shawn or shook hands and spoke inaudibly.

“Those are guys from the treatment center,” he said.

That’s when I saw it: Shawn is no longer living his own story. His impact is beyond what social media sees and what news reports cover. It’s real. It’s men and at-risk youth seeing a model for climbing the ominous mountain in front of them. Men and kids, left on the sideline of society, who see someone playing the game and smiling, splashing through streams and smiling up steep hills, heart pounding and shirt soaked through.

Shawn pulls men from the chairs of hopeless addiction and puts them into a pair of running shoes. They might look out of place, but they are right where they belong. Just ask Shawn.